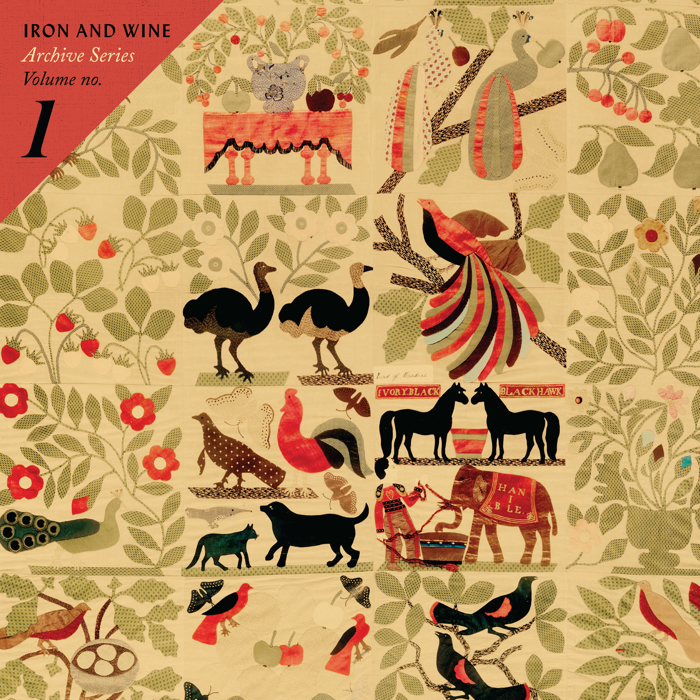 Iron & Wine’s Archive Series Volume No. 1 is the first in a series of releases pulled from tapes found in the back corners of closets and dusty shoe boxes – long neglected, but never forgotten.

Sam Beam has been creating music as Iron & Wine for more than a decade, and with the Archive Series, he will be gathering otherwise unreleased home recordings, covers, and live sets, from his entire career and releasing them on his own label, Black Cricket Recording Co.

This first installment of the Archives taps into a set of songs created before Sam was Iron & Wine, when he was making music only to be heard by his family. The songs on Volume No. 1 came to life at the same time as those selected for Iron & Wine’s debut album, The Creek Drank The Cradle, an album released by Sub Pop in 2002. The songs on ‘Creek’ were only 11 of the many performed and recorded by Sam at home on a 4-track cassette. While some of this material has been widely bootlegged, it has never received a widespread or proper release.

Archive Series Volume No. 1 collects 16 of the unreleased early home recordings and is a perfect reminder of how we all first heard Sam’s voice — hushed, yet immediately powerful and vivid. The sheer quality and quantity of music Sam produced at home is staggering and the songs on this first Archive release were handpicked as the best companions to ‘Creek,’ offering a unique glimpse at an artist in his earliest stages.

The first chapter in the Archive Series has been digitally transferred from the original cassettes and packaged in gatefold artwork featuring the Bird of Paradise Quilt (licensed from the American Folk Art Museum). Iron & Wine’s Archive Series Volume No. 1 is out February 24th on Black Cricket Recording Co, and available for pre-order now. Listen below to the opening song, “Everyone’s Summer of 95.”

To commemorate the release of Archives Series Vol. 1, Iron & Wine in conjunction with Picture Show created the short film, Iron & Wine: Dreamers and Makers are my Favorite People. It features Sam performing a handful of songs from the release for the first time ever at the Jerry Run Summer Theater in the middle of nowhere Cleveland, WV. The theater, not unlike these recordings, are a testament to the belief that if you build it, they will come. View the trailer at http://bit.ly/bc001trailer.